In 1994, the Eurovision Song Contest introduced a global Irish dance phenomenon, Riverdance, starring Michael Flatley and Jean Butler to the world. This Irish dance performance at the Eurovision Song Contest in Dublin changed the world of traditional Irish entertainment and sent chills up spines around the world. Something extraordinary had happened.  Since April 30, 1994, Riverdance has played over 11,000 shows, been seen live by 25 million people in over 467 venues worldwide, in 46 countries over six continents. On TV three billion people globally have witnessed the amazing show.

It all began with the interval performance at the 39th Eurovision Song Contest. The piece began with the haunting vocals of the choral group Anúna followed by the arrival onstage of Jean Butler, emerging from a traditional Irish cloak to herald the beginning of a whole new style of Irish dance.  Michael Flatley, who would become later known as “The Lord of the Dance,” burst on stage, unlike any Irish dancer ever before. Their style and the onstage battle between the dancers and drummers brought something new to the Irish dance floor.  Next Irish dancers flowed onstage in a perfectly synchronized troupe arriving with a determination and energy never seen before in Irish dance.

Produced by Moya Doherty (created with her husband John McColgan), music from Bill Whelan, and choreography by Michael Flatley and Jean Butler, the act seemed to eclipse the main event and lit a fire that would fuel the creation of the full stage show only nine months later.  MIchael Flatley has since retired, however both Riverdance and Lord of the Dance continue to entertain audiences to this day 26 years later.
[Source: https://www.irishcentral.com/culture/entertainment/riverdance-changed-irish-dance-eurovision]

See below for some links to popular Irish shows. 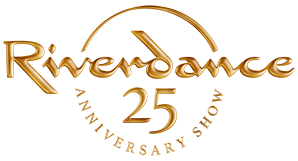